The goal of the VISION project is to develop a video surveillance framework for smart cities, to be integrated into the FLAME platform, in order to provide a social and shared video surveillance tool to help people with disabilities (blind, with limited mobility, deaf people , elderly) who may need to be guided / supervised to ensure their safety in the city. VISION is made up of three architectural elements, in particular the DiMoVis platform, Tourist Eyes and Lying Person Recognition.

Winner project of the third edition of the FLAME Open Call

Smart and flexible social video surveillance platform, when used on FLAME it becomes extremely scalable in terms of the number of devices in transmission and reception. Each user of the platform can easily share their video transmission device (e.g. webcam, IP cam, smartphone, tablet) by connecting it to the network (with Wi-Fi connection or via mobile network) and registering it on the DiMoVis platform via Android app or web portal . During registration, the user can manage access to their transmission device, specifying one or more profiles to restrict access to different groups of users. Each user, on the opposite side, via the same Android app or the same web portal, has a map of the area covered by the DiMoVis platform service (e.g. a smart city), with all the active rooms represented by green circles, as shown in Figure 2.

The goal of Tourist Eyes is to provide visually impaired tourists visiting an intelligent city with a framework to support their activities, both indoors and outdoors. Therefore, the aim of this service is to use 5G compliant frameworks and IP cameras installed on predefined tourist routes to guide blind tourists to move around in smart cities. Blind tourists, through the voice commands managed by a smartphone app, require directions to reach some points of interest (PoI, Points of Interest) belonging to predefined routes, such as restaurants, toilets, museums, ATMs. So, blind tourists are localized by the system thanks to a wearable hat with a specific color and receive sound messages from Tourist Eyes through their smart device to follow the selected path.

The Lying Person Recognition element , thanks to the cameras installed, can automatically recognize if a person is lying on the ground indoors or outdoors and send an alert to someone (for example a friend or relative of that person, to local emergency services or a healthcare professional). For example, this service can be activated by a relative of an elderly person who wishes to monitor it. In this case, the video streams generated by all the IP cameras installed near the places where the person with disabilities moves are sent to an artificial intelligence tool running within the network as a virtual function (VF), capable of to recognize people lying on the ground through an image recognition algorithm. If it happens that a person monitored through the Lying Person Recognition element is on the ground in an area controlled by a camera, an alert will be sent to the relative who requested to monitor him.

The VISION platform is completed with external devices, represented by the IP cameras provided by the user and by mobile devices, both connected via WiFi to the FLAME platform. Video sources are made up of any type of video transmission device, such as IP cameras, action cameras, cameras installed on board drones, etc. In the experiment, to comply with the rest of the platform, WiFi IP cameras were used that transmit streams based on HTTP or, alternatively, any type of cameras whose streams are transcoded in this format with software running on a Raspberry board More connected to the IP camera. Mobile devices, on the other hand, are Android smartphones or tablets on which the VISION app will be installed. 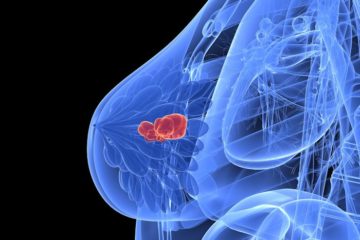 SABREEN is the solution designed by HTLab in order to allow young women to perform breast ultrasound screening independently, using a linear probe connected to an Android smartphone and to detect the presence of suspicious masses via an artificial intelligence system, in in order to send an alert to a senology center assigned by SABREEN, for the necessary clinical evaluations.